About Us » About Jackson Academy 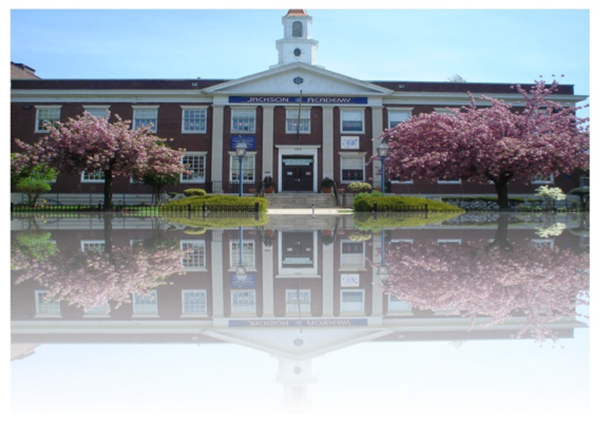 Garfield Jackson Sr. Academy was named after a long time eminent East Orange educator and leader, Mr. Julius Garfield Jackson Sr. Mr. Jackson was the first African American principal to be hired in the city of East Orange and all of Essex County.  In 2003, Mr. Jackson was showcased on a segment of "Education Through the Years", which aired on NJN in November and December of that year. Following his retirement, the school opened its doors in September of 1981 after spending a year at Ashland School during construction. Mrs. Gladys Calhoun took the reigns as principal until her retirement in 2010. Following in her footsteps Ms. Yvy Joseph continued the Jackson Legacy for 9 more years.  Dr. Crystal Davis is Jackson's current leader and has lead our school through school closings and distance learning due to Covid. She is continuing to implement her many ideas to ensure the success of Jackson students.

The J. Garfield Jackson Academy family endeavors to provide a safe and enriching learning environment where the whole student is nurtured and developed. Our teachers and administrator's pledge to support the academic and emotional wellbeing of each and every student. Our vision will be realized by providing a safe, academically rigorous, nurturing environment where students achieve their full potential. We provide focused, differentiated instruction to ensure that each student be afforded the opportunity to become critical thinkers, utilizing the New Jersey StudentLearning State Standards.

Technology at Jackson Academy is an integral part of our curriculum.  Formal technology classes, 1 to 1 student Chromebooks and interactive SmartBoards in each classroom, are all tools we utilize to increase student achievement across disciplines. The program provides kindergarten through fifth grade students the opportunity to develop technology literacy skills through the creation of technology projects that are content rich, collaborative, creative and use critical thinking skills .  Our program is committed to encouraging staff, students, and parents to embrace technology because we believe that technology lights the path to the future.

Jackson Academy continues to strive to exceed academic expectations in Language Arts and Mathematics as determined by the NJSLA: New Jersey Student Learning Assessment. The Language Arts program at Jackson Academy is designed to meet the individual needs of each student.  Effective and consistent individualized and small group instruction meets the varied learning styles of each student. Our math program is equally as rich. We attribute our success in student achievement in Language Arts, Mathematics, and Science to the success of our programs, the tenacity of our teachers, and our partnerships with our parents and community.

Jackson Academy has had the distinction of receiving many awards and acknowledgements over the years.  Jackson was selected as a “Benchmark School for 2006” by the Business Coalition.  We were also nominated to the National Center for Urban School Transformation (NCUST) for the “Excellence in Urban Education Award” in 2007.  In 2008 Jackson Academy was recognized as a 2008 “Honor Roll” recipient.

J. Garfield Jackson Academy continues to strive to meet the needs of our students in collaboration with parents and the community at large.  It is our sincere belief that it is only through positive relationships among all stakeholders that we can and will continue to meet success.

"Together We Can Make A Difference"